Centralized cloud-based architectures are the current choice for IoT applications, where a validating third party provides services such as authentication, authorization, and data handling for both sensing devices (i.e, the producers) and end-users (i.e., the consumers). These architectures simplify the design and deployment of IoT systems and applications. However, they introduce additional data management and privacy concerns and an over-exposition to several cyber-security threats. Moreover, the presence of the intermediary decreases the efficiency of interactions between devices, reducing the potential growth of IoT applications. These challenges require radically new architectures for the next-generation IoT systems and applications.

In recent years, there has been a growing interest in integrating blockchain technologies into IoT for enabling trustless architectures without a validating central authority. Furthermore, blockchain directly benefits several business processes by enabling the seamless inclusion of several actors and making their interactions leaner, faster, and more transparent. Moreover, thanks to smart contracts, novel decentralized and fully autonomous applications appear every day. Such applications carry new opportunities, but they also introduce major challenges for traditional IoT system tools and methodologies that need to be adapted.

This workshop welcomes contributions describing tools and methodologies that emphasize blockchain's key aspects for IoT systems, applications, use cases, and challenges. The workshop also aims to provide the opportunity for researchers and practitioners to share their latest work on emerging use cases on blockchain-based IoT systems.

The topics relevant to this workshop include, but are not limited to, the following: 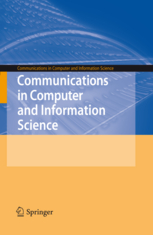