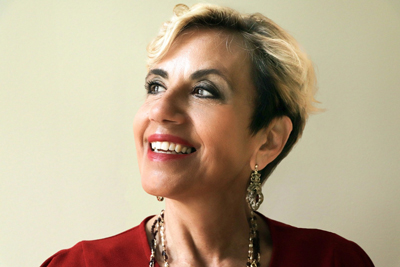 In this talk, I’ll describe a succession of complex systems modelling within different scientific disciplines, such as financial and banking networks, immunology, chemistry, climatology, with, in all cases, the pleading for object orientation and the resorting to UML diagrams to facilitate the interfacing between the software developers and the researchers in those disciplines. In a second time, I’ll discuss the concept of emergence, its counter-scientific nature, arguing for a better investigation of the necessary ingredients contributing to a necessary de-subjectivation. For instance, in biology, three of those ingredients could allow a collective phenomenon to be labelled as “emergent.” First, the phenomenon, as usual, requires a group of natural objects entering in a non-linear relationship and potentially entailing the existence of various semantic descriptions depending on the human scale of observation. Second, this phenomenon has to be observed by a mechanical observer instead of a human one, which has the natural capacity for temporal or spatial integration, or both. Finally, for this natural observer to detect and select the collective phenomenon, it needs to do so on account of the adaptive advantage this phenomenon is responsible for.

Hugues Bersini is born the 19/1/61 and is living in Brussels. He has an MS degree (1983) and a Ph.D in engineering (1989) both from Université Libre de Bruxelles (ULB). After having been supported as a researcher by a EEC grant from the JRC-CEE in Ispra (1984-1987), he became member of the IRIDIA laboratory (the AI laboratory of ULB). He is now heading this same lab with Marco Dorigo.

Since 1992, he has an assistant professor position at ULB and has now become full professor, teaching computer science, Web technology, business intelligence, programming and AI. Over the last 25 years, he has published about 350 papers on his research work which covers the domains of cognitive sciences, AI for process control, connectionism, fuzzy control, lazy learning for modelling and control, reinforcement learning, biological networks, the use of neural nets for medical applications, frustration in complex systems, chaos, computational chemistry, object-oriented technologies, immune engineering and epistemology. He is quite often asked for giving tutorials covering the use of machine learning, object orientation and the behaviour of complex systems. IRIDIA is a pionneer in the exploitation of biological metaphors (such as the immune system and the ant colony optimisation) for engineering and cognitive sciences. Bersini is the author of fourteen french books covering basic computer sciences that have become important references in the french academic world. He teaches AI, object-oriented programming: C++, java, .Net, UML, Kotlin, Django/Pyton, Design Patterns to university students (Solvay and Polytechnic Schools) and for industries. He is consultant for companies in Object Orientation, Data-Mining technologies and Business Intelligence. These last ten years, seven spin-off have been created out of researchs done in this lab IRIDIA.

Computer Science and Engineering at Sapienza University of Roma (Italy)

Tiziana Catarci is full professor in Computer Science and Engineering at Sapienza University of Roma (http://www.diag.uniroma1.it/users/tiziana_catarci) director of the Department of Computer, Control, and Management Engineering “Antonio Ruberti”. Moreover, she is the Editor-in-Chief of the ACM Journal of Data and Information Quality. Tiziana Catarci’s main research interests are in the hci and database areas and in the intersection between the two. She is recently working on AI ethics as a founder of SIpEIA, the Italian Scientific Society for Ethics in Artificial Intelligence. On these topics she has published over 200 papers in international journals, conferences and workshop proceedings, and 20 books (see https://dblp.org/pers/c/Catarci:Tiziana.html for a significant subset). In 2020 she has been included in the list of World's Top 2% Scientists compiled by the Stanford University (https://data.mendeley.com/datasets/btchxktzyw/2).

In her career she has received many honors, just to cite the last ones: in 2016 she has been included among the “100 Women for Science” project - http://www.100esperte.it/. In 2017 she received the Levi Montalcini Association award for the "diffusion of scientific culture among younger generations". In 2018 she has been included among the “InspiringFifty”, https://italy.inspiringfifty.org/, the most influential women in the tech world. In 2021 she received the Women&Tech international award “Le Tecnovisionarie”.

Finally, she is very active in combating gender disparities and promoting the STEM disciplines among female students by promoting dedicated projects at both school and university level and acting as role-model for “Inspiring Girls”(http://www.inspiring-girls.com/) and other initiatives.